MAID in AK has moved!

Please see www.maidinak.com for my new website.
:)  Megan
Posted by Megan @ MAID in Alaska at 4:10 PM No comments:

Some of you have probably noticed I've talked about my struggle with arthritis on this blog, but not so much about my psoriasis. Psoriatic Arthritis is, in fact, a combination of both arthritis and psoriasis. Sometimes I feel like those of us who have psoriatic arthritis got a bonus with our arthritis. Score... psoriasis too, YES!

Truthfully, I've been trying to work up the nerve to write about my psoriasis. Who really wants to openly admit they have a "rash" on the back of their head and wakes up to find blood stains on their pillow? I don't. I have a hard time talking about it sometimes, depending on the circumstances, but I'm going to write about it anyways in the hopes of raising awareness for other psoriasis sufferers who have it worse than I do.

I don't consider myself lucky - I consider myself blessed. I am blessed to have the majority of my psoriasis on my scalp. Others have it on other visible areas of their body - face, neck, arms, legs, etc... The general public can be so discriminating to these people for fear of catching an unknown contagious disease.

Just so you all know, psoriasis is NOT, I repeat, NOT contagious.

A friend told me once about her daughter, who is in her early 20's, and without medication can have about 80% of her body covered in psoriasis. They were shopping at a very well known clothing store and the daughter decided to buy something. The sales clerk went out of her way to tell the daughter that normal policy didn't apply to her and she would NOT be able to return any of her items. Ouch.

If you have a question about someone, please ask them. 9 times out of 10, that person probably won't mind you asking the question.

I really don't mind answering questions about my psoriasis when people ask me about it. It's just an honest question looking for an honest answer. Normally, people are concerned and want to know, "Megan, what in the world did you do to the back of your head?!"

My psoriasis first made its appearance on my scalp when I was 14. I had just started high school and was the normal teenage girl I suppose. Other itchy rashes also started appearing on the rest of my body. Living in a small town like Kodiak, Alaska, the doctors didn't know what it was. They ran blood tests, did a biopsy, and still couldn't tell my mother what was going on with me. I was prescribed some sort of topical liquid and cream steroids. Mom would rub them in to my head every night before I went to bed. They stung my open sores.

It wasn't until we moved to Anchorage in 1998 that I would be told I had eczema. Little did we know at that time it was a misdiagnosis. It wasn't until I saw a Rheumatologist in 2009 I was actually diagnosed correctly.

Now, I don't care. My hair is short and the back of my head (where my psoriasis patch is currently) is shaved.

My psoriasis on the back of my head used to be really bad. Thankfully, the diet I am on has helped control my psoriasis TREMENDOUSLY. I only use a topical steroid cream if I'm having a flare up and generally the only time I have a psoriasis flare up is after I have some sort of cane sugar. In general, I've cut all cane sugar out of my diet. Although, once in a great while I have some. Like my birthday. Namaste Foods makes an awesome brownie mix that's gluten, wheat, potato, and corn free. The one drawback is they use evaporate cane sugar as their sweetener. Hence the flare up shortly after my birthday.

So, there you have it. It's a blunt end, but that's my dreaded psoriasis story. I hope that putting this into words has helped someone out there in blog land.
:) Megan

To learn more about psoriasis, check out the National Psoriasis Foundation.
Posted by Megan @ MAID in Alaska at 10:45 PM 7 comments:

It's hard to explain to someone what arthritis really is. We who have been diagnosed with the disease may appear to be physically well, but really may be in severe pain. Many of us suffer in silence.

I have a hard time asking for help with things - even when I really need help (except when it's my husband or a few of my immediate family members). It's hard for me to say no to activities, because sometimes others just don't understand, and I don't want to try to explain it to them. Not because I'm afraid they won't be sympathetic, but because most people wonder, "She looks fine. I'm sure she's in pain, but why can't she just take 2 aspirin and get over it? I'm sure it's nothing serious."

I thought that this piece, published on the New South Whales Young Adults with Arthritis website does an excellent job of describing what we struggle with daily. I urge all of you to read it, especially if you know someone or have a loved one living with arthritis:

Megan
Posted by Megan @ MAID in Alaska at 9:17 AM No comments: 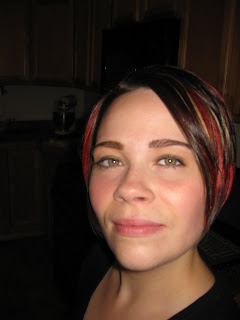 There are a few things in life that I am most passionate about... my God, my family & friends, coffee, food, sewing, and those who are in chronic pain because of injuries or incurable diseases. This blog is dedicated to all of you who have taken your health into your own hands and refuse to let pain rule your life. You are an inspiration to me!

I was diagnosed with psoriatic arthritis in late January of 2009, although I've had it since early 2005. It started out with swelling and pain in my left foot... 5 podiatrists and 1 orthopedic surgeon later (seriously!), no one could tell me what was really going on with my foot. Eventually (thank you, Lord!) I ended up seeing a rheumatologist. No more than 15 minutes with him and I had my diagnosis.

For several months I tried 2 different types of medication. I started out taking sulfasalazine, then ended up taking methotrexate. Neither medication worked, even on the highest dosage. The next step was moving to Embrel, but after researching its possible side effects, I decided it wasn't for me. That's when I ended up seeing an ND (thank you, Dr. Amy!) and she suggested I try life on the "anti-inflammation" diet.

I started the "anti-inflammation diet" October 12, 2009, and it has changed my life. I feel 40 to 70% better, although it depends on the day, weather, stress, etc... The diet consists of not eating: wheat, gluten, dairy, corn, soy, potatoes, tomatoes, shellfish (including shrimp, crab, lobster, clams & mussels), oranges & grapefruit, cane sugar, white rice, peanuts, and fried foods. I can have butter and eggs, but they have to be organic. My meat also has to be organic, although both poultry and beef give me problems - organic or not.

I know it seems like quite a hefty list, but I am determined to find and create tasty recipes for those of us on the anti-inflammation diet and for those suffering from food allergies. I love food... I love everything about food.... and I LOVE to cook. I am no chef, but I also don't think of myself as a bad cook either.

So, on that note, I hope you enjoy following my blog and trying its recipes. Happy cooking!!
Megan 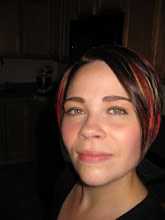 Hello and welcome to my blog! I'm Megan and I use food to control my multiple auto-immune diseases, which are psoriasis, psoriatic arthritis, and secondary raynaud's phenomenon. I am a thirty-something happily married mom to two little girls, ages 2 and 5. Both girls are gluten, dairy, and mostly corn free.